Nour Elmistekawy – Student of the year 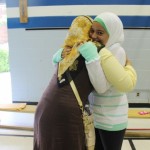 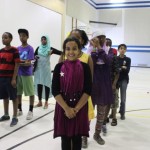 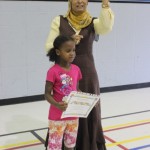 Nima has demonstrated superb understanding and Practise of the values emphasized in class. Nima was always eager to help keep the class clean and in order. She was always taking initiative to help her teachers and fellow students.

Yehia Mohamed has demonstrated commitment and devotion to the learning experience. His progress during the year was outstanding and his respect to the learning process impressed his teachers and peers.

Yaseen has demonstrated responsibility and high ethics throughout the year. He has been worthy of trust in difficult situation. His eagerness to help his fellow students and teachers was greatly appreciated by teachers and school administration.

Nour has proven superb commitment and respect to the volunteer work she did with the school. Nour has accepted leadership roles during the Hajj event and during the PD training for staff. Nour deserves the responsibility star for best volunteer in school.

Aya has demonstrated initiative in supporting and sharing knowledge with her peers in class. Aya is responsible inside and outside the class room and is always volunteering for help. Aya earned the responsibility star for the year.

Afnan has proven superb commitment to learning Arabic and Islamic Studies (Quran). Afnan has been respectful to her teachers, fellow students and school staff. Afnan has done remarkable volunteer work and has earned the responsibility star for her commitment.

Zakaria has been the best student in his class for several years in school. Zakaria is committed to learning Arabic and Islamic studies. He is very respectful to teachers, students, staff and school environment. Zakaria earned the responsibility star for his respect and sense of responsibility.

Shukri has proven remarkable commitment to learning Arabic and Islamic Studies and has progressed dramatically in few weeks. Shukri is respectful of teachers, students, staff and school environment. Shukri has earned the responsibility star for her commitment and respect to the learning process.